Oktoberfest: Breweries and Distilleries in the Lebanon Valley

Oktoberfest, the annual festival held in Munich, Germany in late September or early October, features the love of beer and traditional German food. In Germany, it is a sixteen to seventeen-day folk festival, held since the 1890s. This year, the Lebanon 8th Street Music Festival presents Oktoberfest on September 22nd, as a day-long celebration in the style of a traditional German Beer Garden featuring beer, bratwurst (German sausage made from veal, beef or pork), pretzels and perogies (dumplings filled with a savory or sweet filling). Authentic German music will be featured by the Ed Kolle Dutch Band, the Heidelberg Brass Band and Dave Wilson’s Happy Wanderers German Band.

Breweries have a long history in Lebanon County with evidence of the first beer brewing in 1759 when Charles Arnt was listed as a brewer in the list of taxables for Lebanon township. He probably owned the first commercial brewery in the county. Over the years thirty-three breweries operated in Lebanon County; one owned by a woman. Mary Martin “Granny” Forney owned a Cake and Beer Shop in Annville where she sold beer and mead, an alcoholic beverage made by the fermentation of honey, malt, yeast and spices. One of the more well-known breweries was the Iron City Brewing Company (no relation to Iron City Brewing Company in Pittsburgh). This company brewed Rheingold Beer, the most popular beer brewed in Lebanon County. Today, Lebanon County has three breweries—Snitz Creek Brewery, Mount Gretna Craft Brewery and the Rotunda Brewing Company. 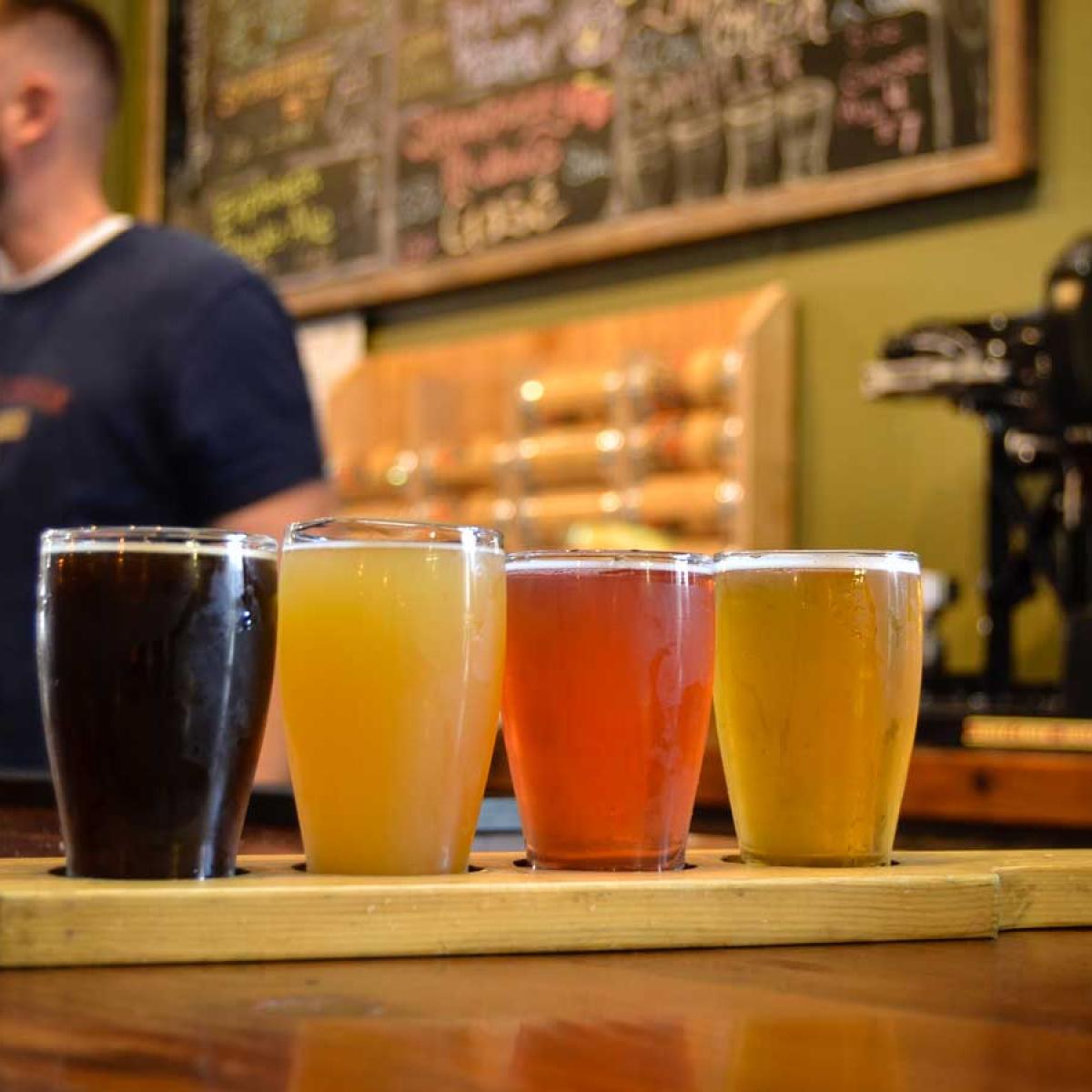 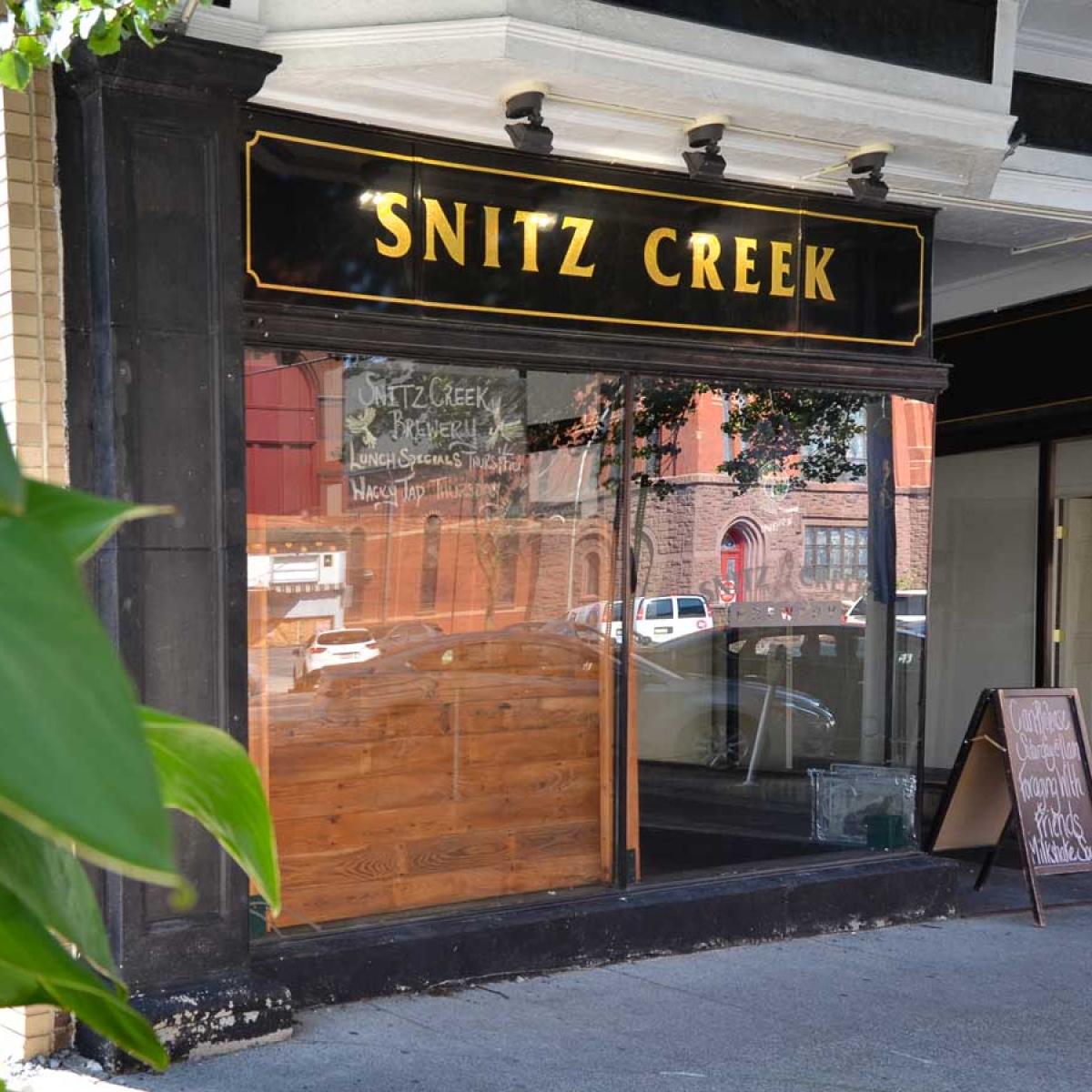 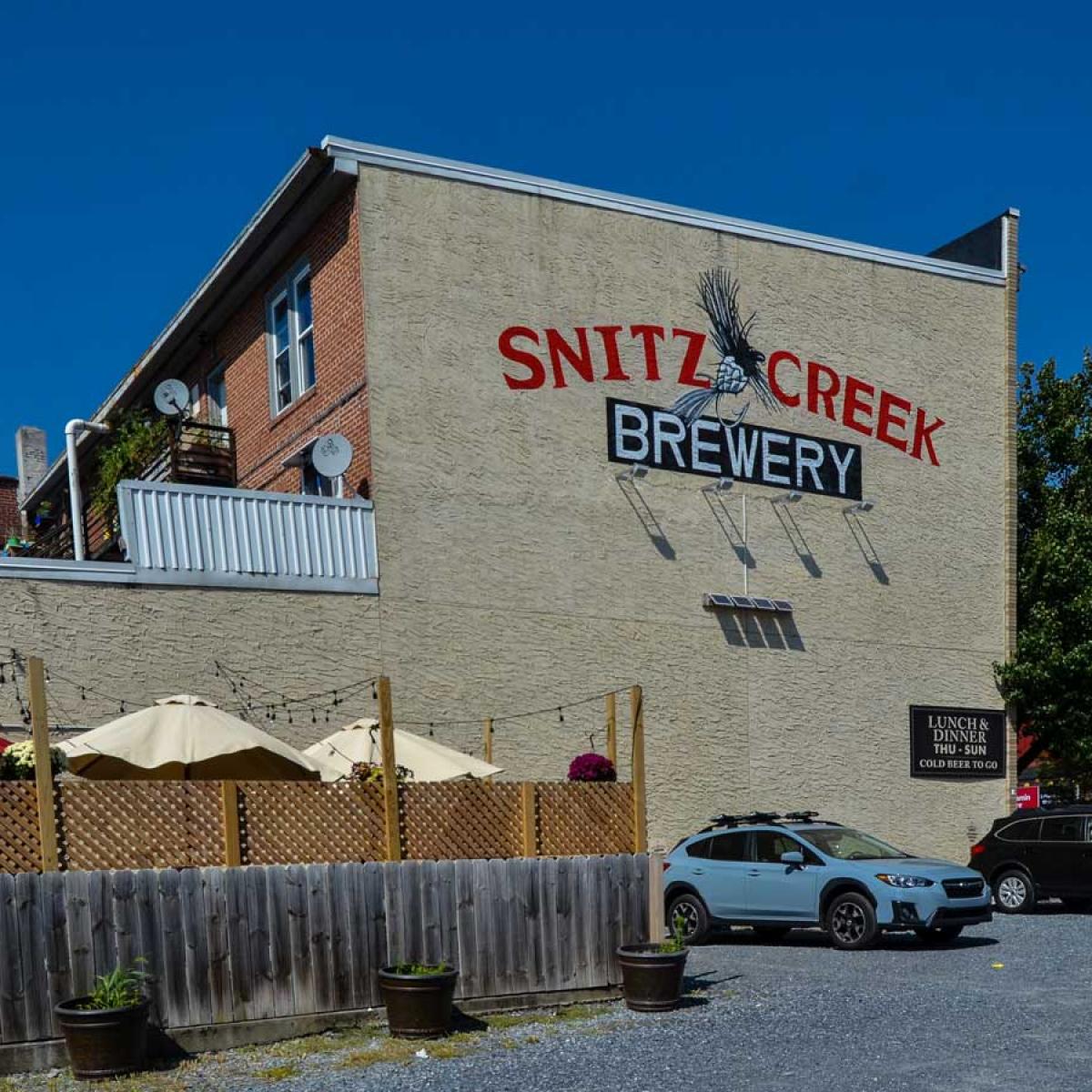 Snitz Creek Brewery was the first brewery in Lebanon in over fifty years when it opened in 2014. Snitz added a tasting room in Palmyra in 2016. The owners were passionate about craft beer and the love of the outdoors, in particular fly fishing, and wanted to share this with their customers. An outdoor theme has been followed in the naming of some beers such as Opening Day, Woolly Bugger, Linebreaker and Explorer. Other beers are named after Lebanon County foods such as Seltzer’s Smokehouse Ale and Opera Fudge Stout. The brewery features a “Brewing With a Purpose” menu—a portion of each beer purchased supports a local charity. Snitz Creek celebrates Oktoberfest and the apple harvest with Snitzelfest September 29th. The brewery offers a German-themed menu (sausage, sauerkraut and all things apple) and live music. 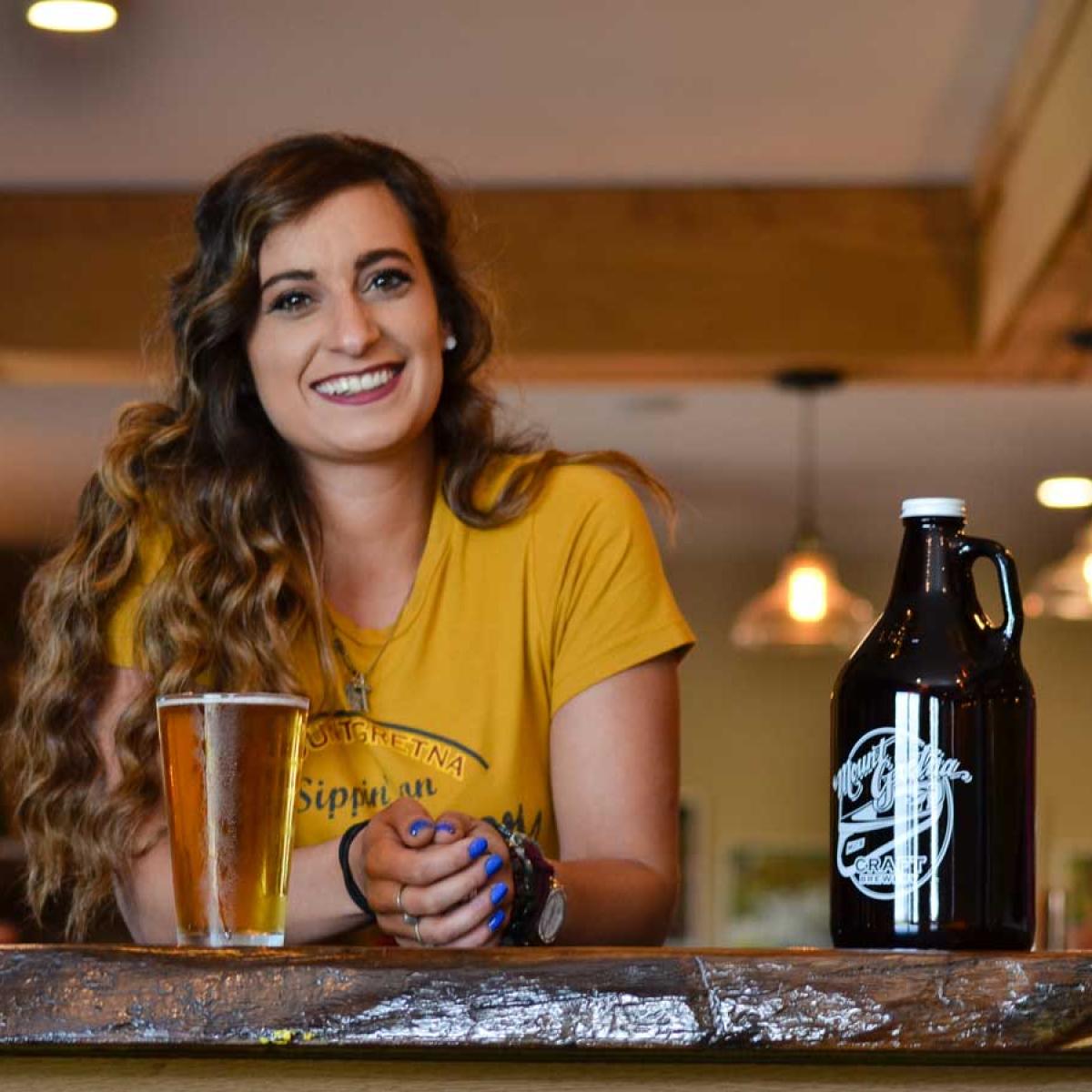 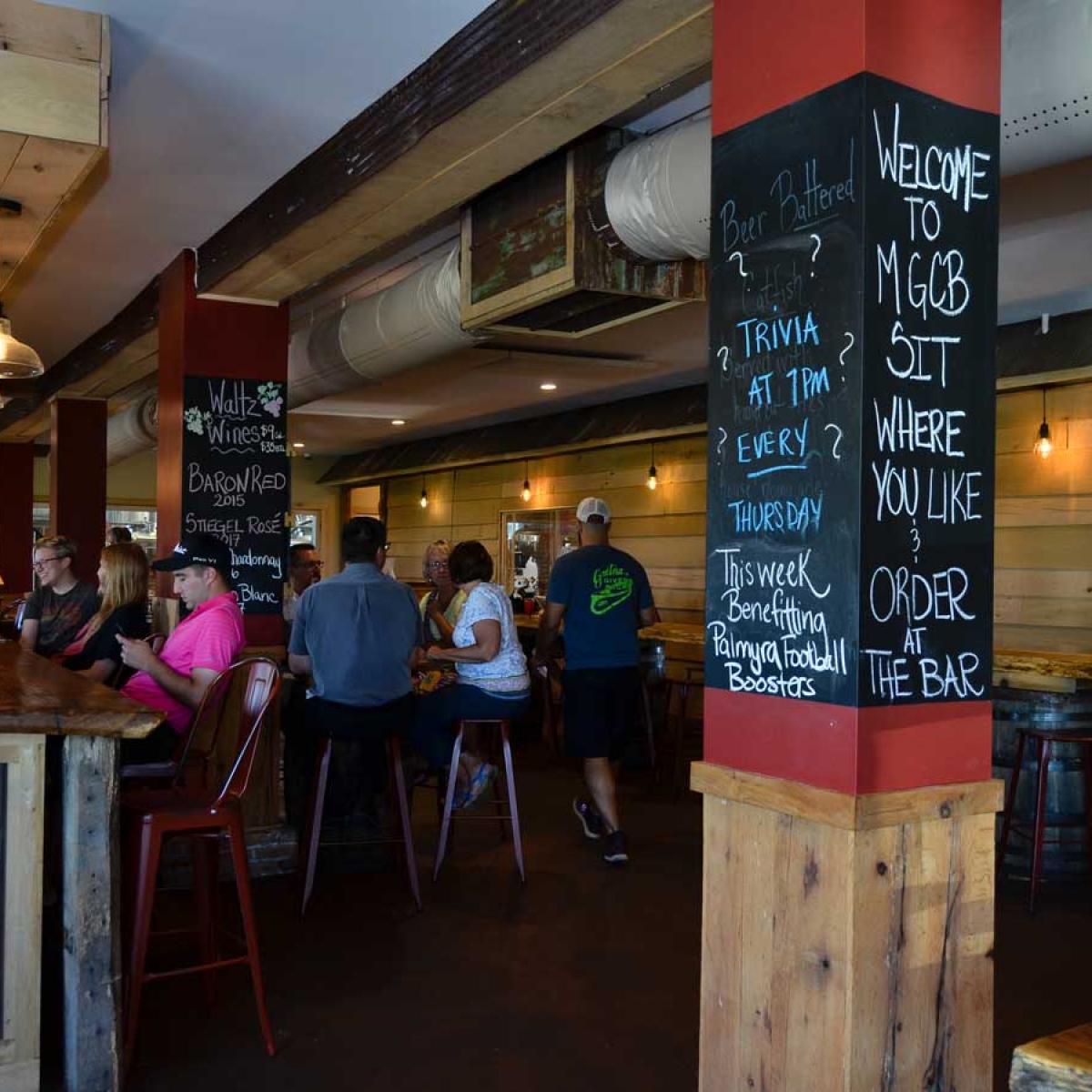 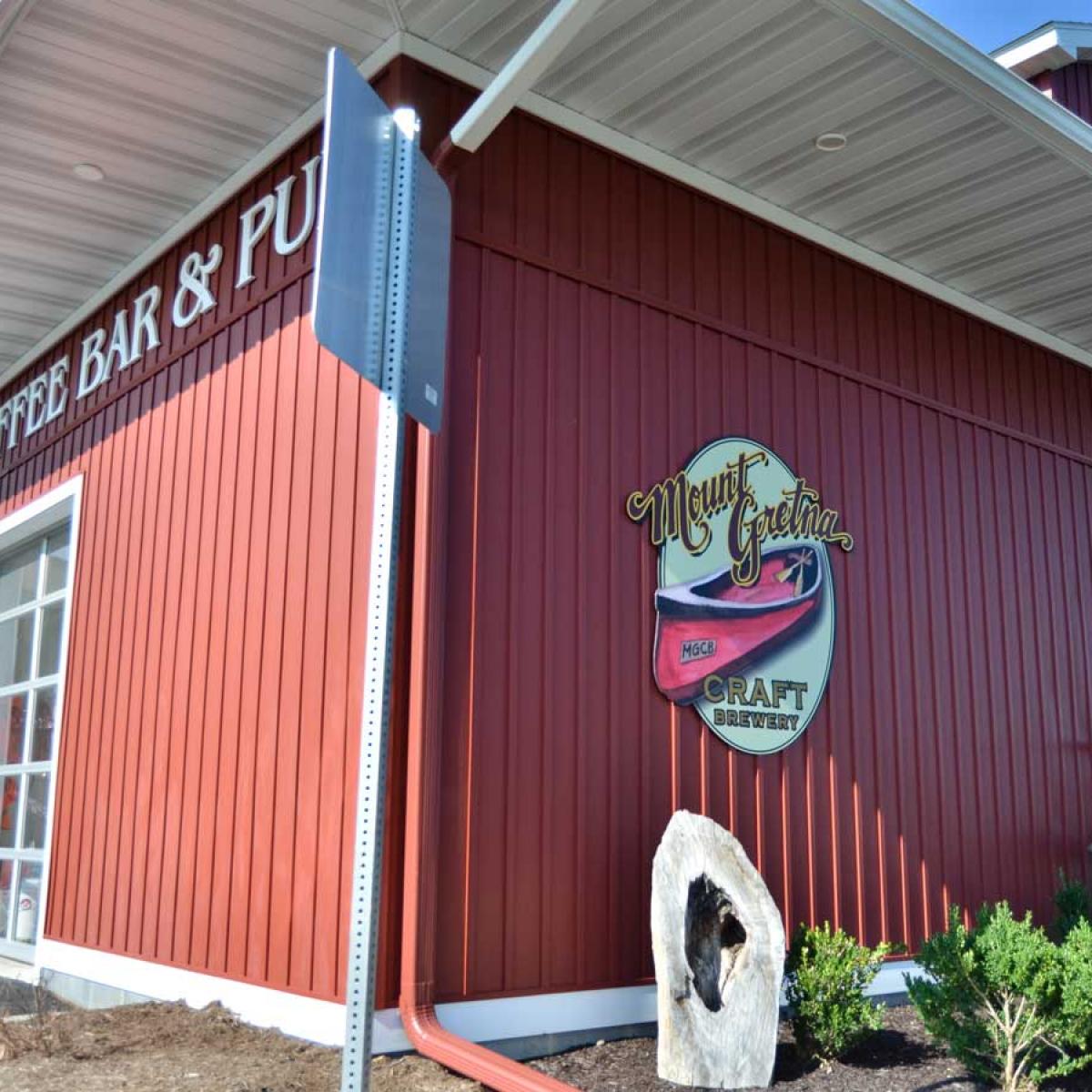 Mount Gretna Craft Brewery is Lebanon County’s newest brewery, opening its doors in 2017, with the goal of bringing back the neighborhood brewery, long a part of Lebanon County’s history. Mt. Gretna, located in Campbelltown, has created a gathering place that celebrates locate artisans and the outdoors, supporting numerous organizations such as Lebanon Valley Rails to Trails. It is a place where people can share good times and enjoy good locally-sourced food and hand-crafted beer. Locally inspired beers dominate the menu including Palmyra Pilsner, the Blue-eyed Six (named for the infamous group of Lebanon Valley outlaws who inspired the Red-Headed League, a Sherlock Holmes story by Sir Arthur Conan Doyle), the 1883 Iron Master Stout (celebrating the iron industry tradition in the Lebanon Valley), Governor Dick Pale Ale and Chiques Creek IPA. Mount Gretna Craft Brewery celebrates Oktoberfest October 6th with festive fall flavors throughout the day and Brewhouse Americana Music. 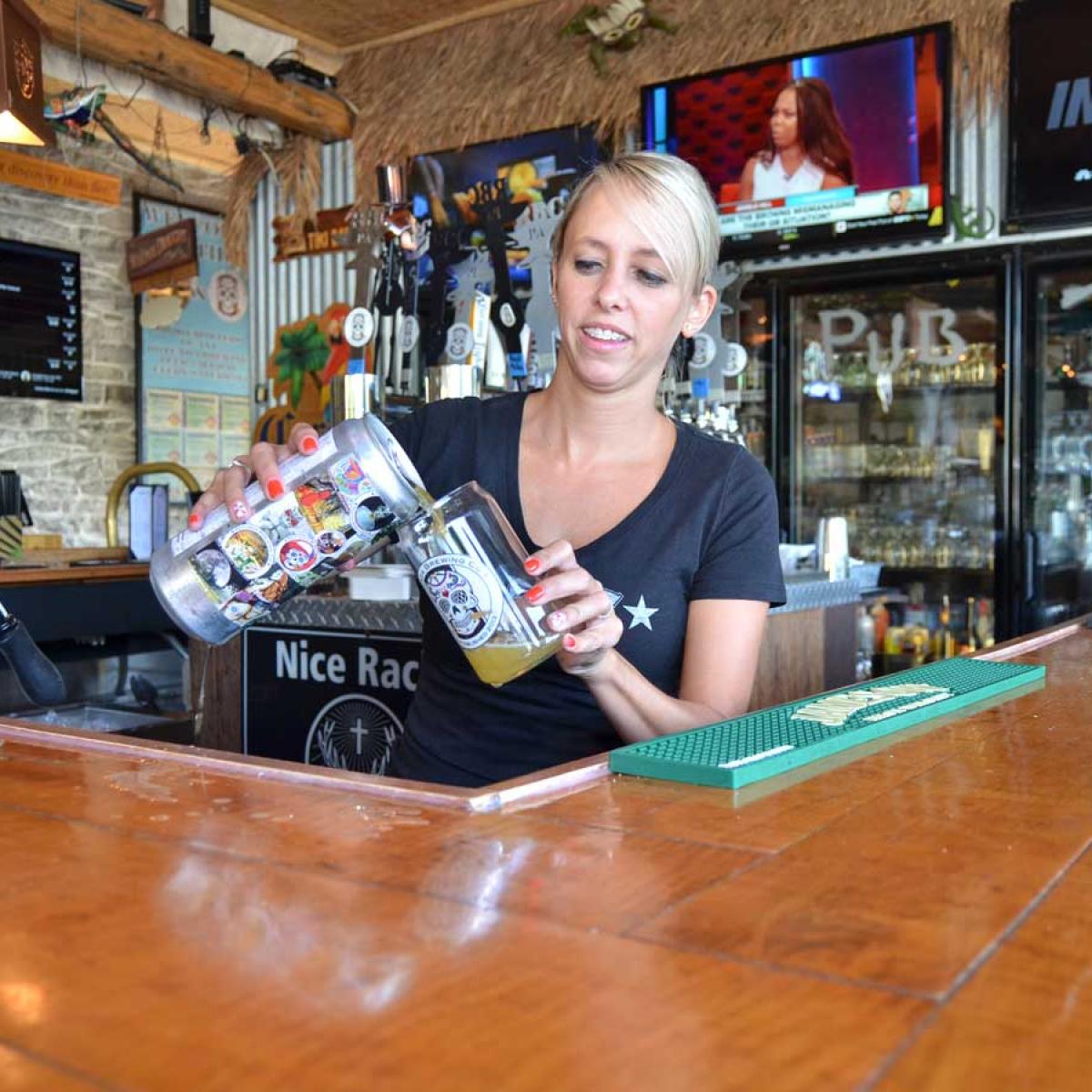 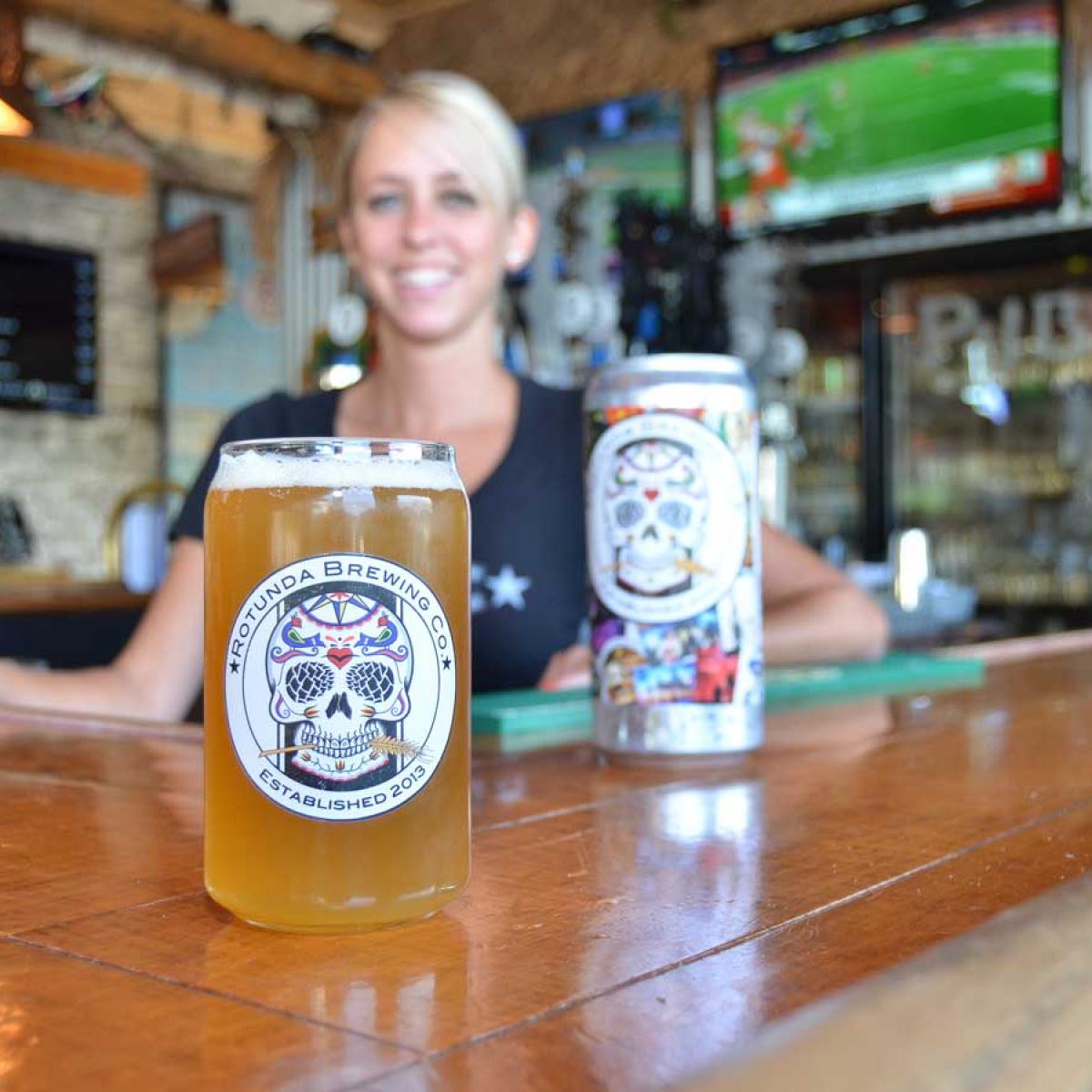 Rotunda Brewing Company, Annville, started as a 6-pack to go beer shop. A small fifteen-gallon brew system was purchased in 2014 and the owners began brewing very small amounts of beer. By 2016 a new brewer was hired and Rotunda began to produce great beers. Recently Rotunda purchased a seven-barrel brew system and are now brewing their own fresh beers weekly. They also started distributing their beer. Rotunda supports the community, participating in such events as Swatara Food and Brew Weekend in July and promotes the neighborhood brewery tradition with events such as open mic nights. In the fall Rotunda releases sweet potato and hot pepper “squirm.”

Distilling liquors was a major American industry, rooted in agricultural enterprises. Most local farmers distilled some type of spirits, turning grains and fruits into alcoholic beverages. Evidence of this activity has been uncovered in archaeological investigations on the Alexander Schaeffer farm in Schaefferstown. Not far from the farm, Michter’s (Bomberger’s) Distillery was in operating. Michter’s is the nation’s oldest distillery, built in 1753, and lasting until prohibition made alcohol illegal. During it’s operation, the distillery was so famous that when George Washington needed whiskey for his men at Valley Forge, he came to Lebanon to purchase it. 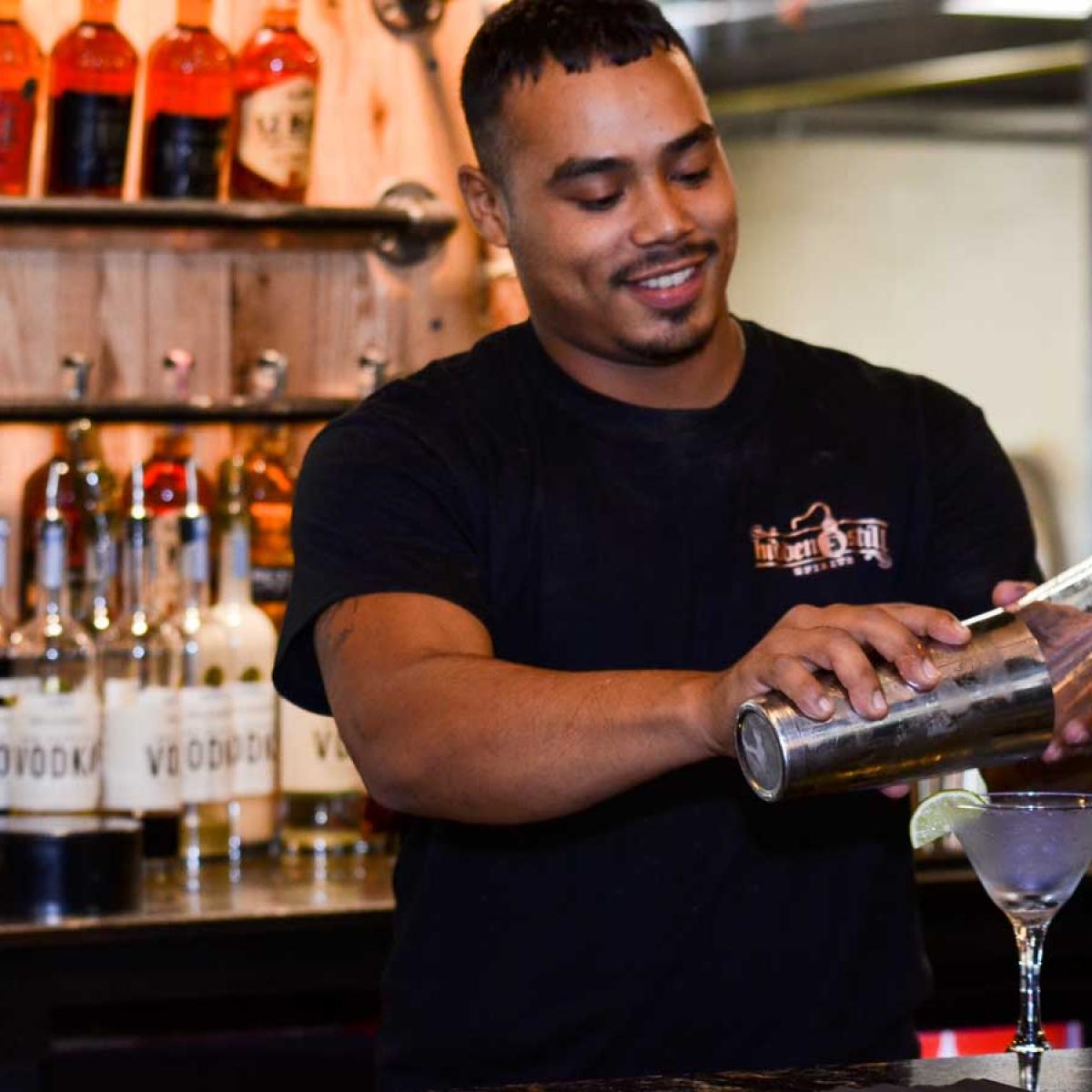 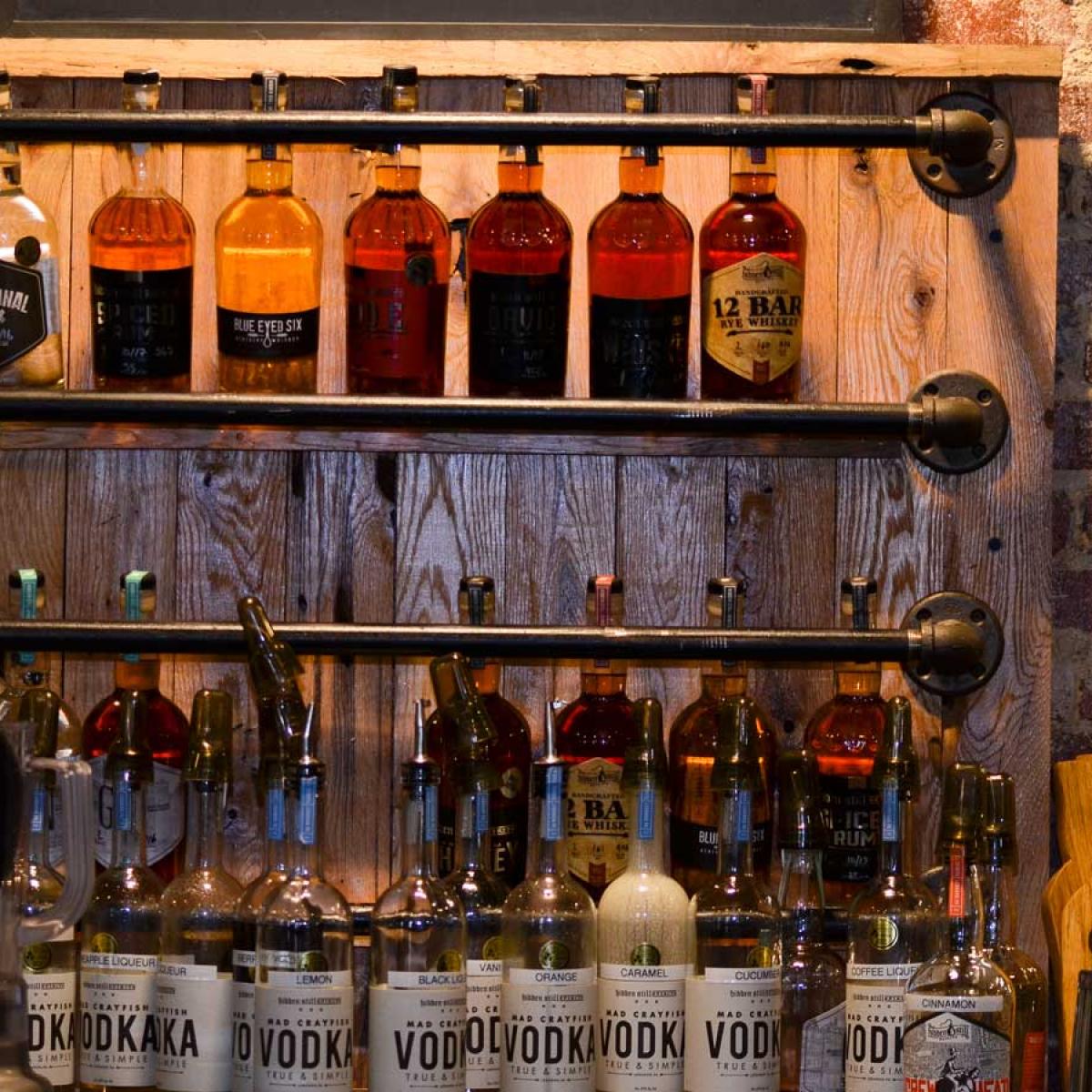 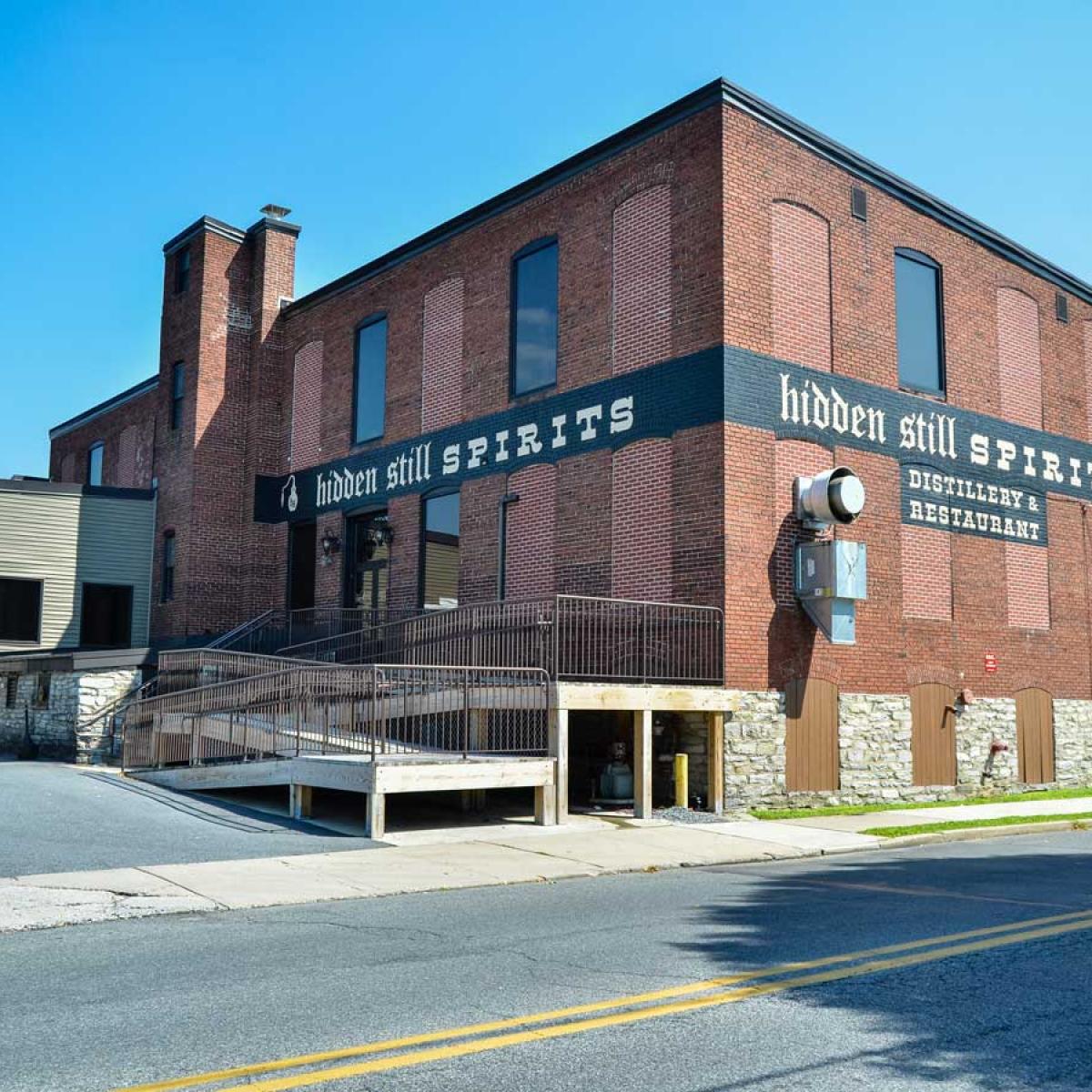 This article was originally printed in the Autumn 2018 issue of Pinpoint: Pennsylvania.